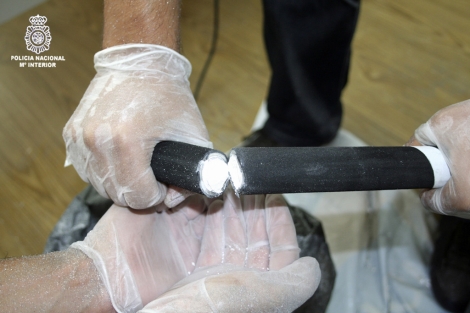 CNN – The darker side of Paradise: drugs, mules & tourism

The following story is adapted from Kathryn Bonella’s new book, “Snowing in Bali,” for which she spent 18 months interviewing convicted drug criminals in Bali’s Kerobokan Prison.

When Rafael, a Brazilian surfer, flew into Bali for the first time, he quickly fell in love — not with his girlfriend, but with the island.

It was everything he’d dreamed of as a boy in Rio so, at the end of the holiday, he waved goodbye to the girl and stayed.

He quickly discovered a lifestyle of sunsets, surfing and sex with beautiful girls — all he needed now was a way to fund it.

Enter another Brazilian, who offered him quick cash for a quick job — as a drug runner.

This was the mid 1990s and the island’s Western drug dealers, most of whom had found the island the same way as Rafael, were making big bucks.

Rafael soon became one of the island’s top cocaine bosses.

He dealt drugs for the next 15 years — moving 20 kilos a week at his peak — with millions of dollars passing through his hands.

“Rafael was the boss: really rich, big car, big gold chains, tattoo on both arms, diamonds in the teeth; you see, he is a drug dealer, like he has a sticker ‘drug dealer’ across his forehead,” says Andre, a fellow Brazilian drug boss, talking to me from his prison cell in the notorious Kerobokan Prison, also known as “Hotel K.”

He once paid €25,000 (US$33,400) in cash for a Rolex and built his dream house on the beach with all his boyhood fantasies, including a diving board off his bedroom balcony.

Others in the game bought villas, bars, restaurants and shops, investing their drug money into legitimate businesses.

Many still flourish today, some still subsidized by drug money.

And the island’s endemic corruption ensures no one ever asks where the cash comes from.

All this, from a chance trip made as a tourist, looking for a little vacation.

According to some of the island’s top drug bosses, who spoke for the first time in extensive interviews for my new book “Snowing in Bali,” a big factor in Bali’s heavy drug scene is its tourism.

Some 2.9 million people visited the island last year, nearly equal to its population.

This allows traffickers to slip in and out of Bali, carrying windsurfers, backpacks, surfboards, kite sails and hang gliders stuffed with cocaine, surrounded by real tourists with the same gear.

But the traffickers must blend and look the part, or face suspicion.

Luis Alberto Cafiero, 27-year-old Brazilian, was departing Brazil to Bali when customs officers noticed he had surfboards but no suntan.

It instigated a full search, uncovering 7.3 kilos of cocaine in his luggage.

“He did not look like a person who’s always out on the beach,” a federal police officer told local media.

Tourists also provide a camouflage for dealing, according to the drug bosses.

One told me of how he once buried 250 grams of cocaine on Legian beach, surrounded by tourists.

The trouble came the next night, when his client wanted it back.

Having retrieved the coke, he became convinced some men lurking in the shadows were undercover cops.

He raced across the sand to the water, and started wading towards Kuta.

With the dark figures still following after two miles, he lost his nerve and dumped the US$20,000 worth of cocaine into the water — staying out of jail, for the time being.

Other dealers tell of dealing covertly in plain sight; handing over backpacks filled with ecstasy pills on the beach, filling windsurfer booms with cocaine and driving rental cars with the doors filled up with drugs.

“I used to joke with my friends that I’m the only one riding a Jimny that’s worth a Ferrari, because I had all the doors stocked up with coke,” the dealer says.

Although the dealers work among them, most tourists have little clue transactions are going on all the time.

The closest one might come to noticing anything is seeing the desperate locals hanging outside clubs or in lanes in Kuta, calling out, “You want ephedrine, hashish, ganja?” displaying their fake drugs, which might only be headache tablets, in their palms.

For the Western dealers, the tourist and expat markets are only a part of the equation.

The real cash comes as the cocaine makes its way to Australia, where it has the highest price tag on the planet, to Japan, which also has a big party market, and to other locations around Asia.

The margins are huge.

Bali is an ideal transit point because the bosses are able to switch runners, ensuring those trafficking to Australia or other Asian countries don’t have South American stamps in their passports, which creates extra scrutiny.

But the big downside to working in Bali are the huge penalties for being caught.

In January, British grandmother Lindsay Sandiford, 56, was sentenced to death after being busted at Bali’s airport with 4.7 kilos of coke in her suitcase lining.

She’ll now spend years in Kerobokan Prison while she appeals, joining three other foreigners in the jail on death row and a revolving door of Westerners doing months or years for drugs.

Official stats — which don’t include the many busts that never get reported thanks to payoffs to the cops — show a continuing trend of foreigners getting caught in Bali for possession or dealing of drugs.

Last year there were 22 arrests — including four Brits — and 23 the previous year, including a Danish woman.

But according to the dealers I interviewed, no more than 10 percent of traffickers to Bali get busted.

CNN – The darker side of paradise