Snowing In Bali – Island of the Sex Gods

Chapter 1. As the two Australian models sashayed into one of Bali’s trendy restaurants, past a table of cut-bodied surfers, they gave flirtatious looks to one guy in particular. His six-pack abs, dazzling smile and beautiful face gave him a shiny allure. Tonight the models were out for some fun, and they’d hit the jackpot – the sexy surfer they were zeroing in on was one of Bali’s biggest cocaine dealers.

All the guys at his table were international drug bosses, out for their usual night of fine dining, drugs and girl-hunting. None of them missed the obvious come-on the models gave their friend Rafael. None was surprised, either – he was always being hit on by sexy babes.

“Rafael was the boss: really rich, big car, big gold chains, tattoo on both arms, diamonds in the teeth . . . you see, he is a drug dealer, like he has a sticker ‘drug dealer’ across his forehead.” – Andre, fellow drug boss

‘Go over there, man’, Rafael’s friends hustled. ‘You’re crazy if you don’t’. ‘Okay, okay.’ He pushed back his chair and walked across.

He was a woman’s fantasy – a mix of sweet and dangerous, charismatic but gentle-natured. He was a nice bad boy. Up close, it was impossible to miss the large diamond in his tooth, the €25,000 steel, black and gold Rolex wrapped around his wrist, and the tattoos across his chest and down his arms. Tonight, as usual, he was wearing his 1-kilo gold necklace that hung below his breastbone, framed by a black Armani shirt open to the waist. With a splash of Paco Rabanne XS his babe-luring outfit was complete. When he walked into Bali’s bars and restaurants, heads turned, people called, ‘Rafael, Rafael’, and girls flirted like crazy.

Tonight was no different.

The two Australian models were asking him to come to their villa. They’d just finished a four-day fashion shoot on Bali’s beaches, and wanted to party until sunrise before flying out. ‘Bring him with you, but just him,’ one of the girls said, pointing to Rafael’s friend Bras – a dark and handsome Brazilian who flew often to Bali with bags of quality marijuana from Amsterdam.” 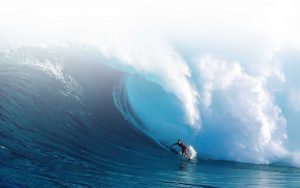 The high concrete walls outside concealed the stark beauty inside. Stepping through the large wooden doors of the villa was like entering another world. Moonlight sparkled on the large pool, the gardens were soaked in soft ambient lights, and loud rhythmic music was pumping. This was one of Bali’s rapidly spawning super-high-end luxury villas.

The blonde from the restaurant materialised in front of him, in a string bikini. She stretched up to place a Hawaiian-style lei around his neck, rubbing her breasts against him and running her fingers along the lei to pull him close. She kissed him hard on the mouth, then whispered, ‘Hello, baby.’ He didn’t resist. Another beautiful girl started tearing open his Armani shirt and stroking his torso, crooning, ‘Sexy body. I love your tattoos.’ Rafael glanced across to his friend Bras, who was getting the same pampering.

The Don Juan was now out of his comfort zone. ‘No, please, I don’t have underwear.’

“I was not feeling comfortable with the situation. I was feeling, fuck . . . you know, out of control. It became crazy . . . I have two girls kissing me, they take off their bikinis, the music was high, they jump into the pool, pull me in and they attack me a little bit. It was a very crazy situation.”

Being naked in the pool with two sets of breasts, hands, lips and tongues rubbing against him was strangely emasculating. Another model came to the edge of the pool and tried to push a blue ecstasy pill – popular in Bali for being super strong– into Rafael’s mouth. ‘No wait, wait, I can’t take a full one,’ he insisted.

“I took the ecstasy, bit it in half and put half in her mouth, but she was already high . . . sweating. Then I started to feel a bit dizzy in the pool. I say, ‘Please wait.’ The two girls were too much, they were all over me, sucking my neck, pulling my dick, hugging me, like raping me. I was a bit uncomfortable, freaked. I cannot even get hard.

“So I say, ‘Wait, wait, stop, stop.’ I escape from the girls, jump out of the pool, and I see my friend was already lying down on the sun chair by the pool with three beautiful girls on top of him; one was kissing him on the mouth, another one was giving him a blow job . . . When I see that, I think, ‘Damn, what am I doing? I’m too slow. I should relax and enjoy. I should not refuse.’