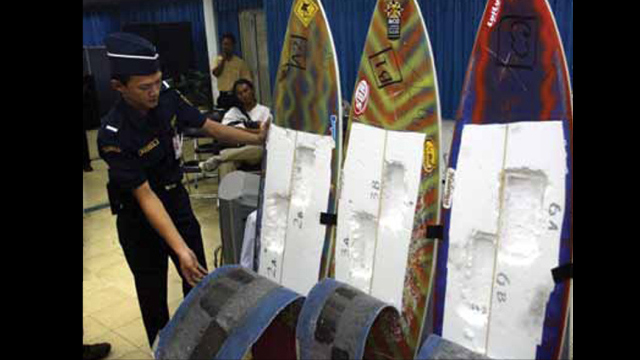 THESE daring kingpins live at 5-star hotels, partying with models and trafficking drugs across the globe. Then came Operation Playboy.

“WE WERE sniffing and drinking champagne, and then this guy starts pissing me off. He wanted to get some blow, and so I put this bag in front of him and say: ‘You want to sniff?’ ‘No, I want to buy.’

“We’re sitting at the table with all these girls watching this scene. So, I stand up and say: ‘You don’t want it … ffffffffff …’ and I blow — it’s snowing, snowing … I was literally blowing thousands of euros into the air.

“I get so crazy on champagne and blow, that I just start to put mounds of blow on this nail, and ffffffff … ‘Want to sniff, girls?’ I just enjoy the faces of the people looking, they have open mouths, like shock, then look at each other — ‘What is this f**king guy doing, this is not happening.’ Some people get down on the floor to try to get it … and I was so high that I was blowing ffffff 500 euros each time.”

This is the world of Brazilian international playboy drug traffickers, who stay at 5-star hotels, party with models and make millions of dollars from smuggling cocaine and ecstasy through major international airports.

Jorge is typical of these guys: good-looking, reads philosophy, speaks several languages and dresses in designer clothes. He doesn’t need to do this, but he thrives on it. “Risk is like an orgasm,” he said.

Police Chief Fernando Caieron was as fixated as the drug traffickers, but on catching them through ‘Operation Playboy’.Source:Supplied

Australian author Kathryn Bonella — who wrote Schapelle Corby’s autobiography and the books Hotel Kerobokan and Snowing in Bali — became aware of these wealthy, risk-addicted Brazilian drug lords when she met those who had paid the ultimate price: incarceration on Indonesia’s death row.

One was drug addicted Rodrigo Gularte, who was busted smuggling cocaine into Indonesia hidden in surfboards, and was executed alongside Bali Nine members Andrew Chan and Myuran Sukumaran.

The organiser confessed to Bonella, “I have blood on my hands,” for sending Gularte on a run to Bali not long after another member of the network had been sent to his death there. “He was still living with dreadful guilt,” the author told news.com.au. “But that did not stop him for a second from doing the next run.”

These are smart, charismatic educated young men. Most speak excellent English, have wealthy parents and some have even studied law. They are also thrillseekers, who love skiing and skydiving as they roam the globe and for whom trafficking drugs is the ultimate adrenaline rush.

“They love women, clothes, fast cars, travel,” added Bonella. “They could do anything with their lives, and they choose this.

Jorge said risk was ‘like an orgasm’ for him. Picture: Federal Police BrazilSource:Supplied

“I think anyone can understand why they do it, the riches alone … spend $5000 transporting one kilo and you make … a quarter of a million Australian dollars.

“It gives them a lifestyle people dream of, jumping on a first-class flight on a whim … the rush of beating the authorities, getting the drugs across international borders.”

But even she can’t comprehend why anyone would take the risk of trafficking to Indonesia. “It’s like playing Russian roulette with a firing squad … it’s a true life Point Break,” Bonella said. “It’s hard to understand that gamble.”

Bonella’s book, Operation Playboy, follows an international manhunt to bring these surf-loving drug kingpins to justice. Leading the charge was police chief Fernando Caieron, who was as fixated on tracking the narcos as they were on evading him. “When I saw the news [about Gularte’s arrest],” he told Bonella, “I said, ‘motherf***er’ because there’s a lot places you could go, and you decide to go to Indonesia where you’re going to be killed … Those guys are psycho.”

Brazilians are the ideal traffickers, since they are keen travellers. People from the poorer countries in South America, where cocaine comes from, trigger more suspicion at airports.

Drug mules — or the more senior “horses” — are constantly inventing new methods of smuggling their illicit cargo to stay a step ahead of the police, according to Bonella. It’s vital to not look incongruous.

The drug mules and ‘horses’ were constantly looking for new methods to transport the cocaine: on one occasion, rolled into a paraglider. Picture: Kathryn BonellaSource:Supplied

One skinny, tattooed young guy managed to evade the cops while smuggling drugs in a speaker, but when he was given one of the “blow boards”, he was stopped. He was clearly no surfer.

The syndicate would also reuse old smuggling methods once they stopped being “hot” and police were on the lookout for something else.

When they did get caught, the playboys were furious with themselves. “There was this big, huge green gate — it went booooom,” Darcy Santos told Bonella after he was caught following an anonymous tip. “I thought, ‘I’m here, I have been arrested, my life is over. I’m going down, I’m dead’ … I thought, ‘See, you asshole, you f***king prick, there you are, this is where you are ending up, f***king prison. Here you are, welcome to hell.’”

But things look different from the outside. Most want to get out and do it again, according to Bonella.

“I’ve interviewed a lot of drug traffickers in jail,” she said. “They say, ‘I had an incredible life, I will go back to it.’ It’s the only way I can have that lifestyle.

“Drug trafficking is such a big business. They’re never going to stop it.”

‘Playing Russian roulette with a firing squad’: Why educated adrenaline junkies are lining up to be drug mules

"WE WERE sniffing and drinking champagne, and then this guy starts pissing me off. He…